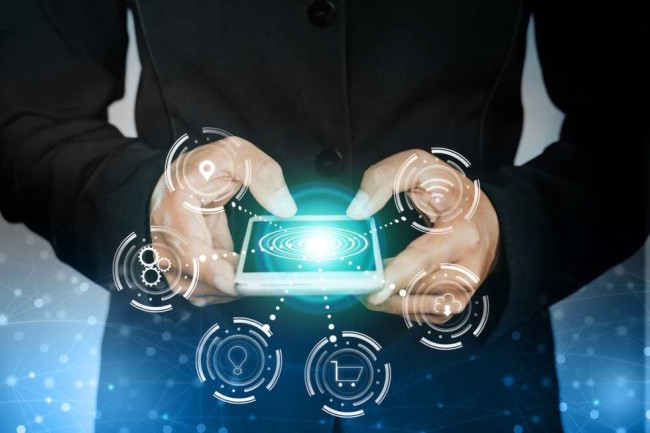 A new study conducted by DesignRush explored the marketing channels that eCommerce businesses invest in and where they saw the best ROI in 2018.

Over 150 companies provided feedback about where their marketing dollars were best spent in 2018 and where they foresee their budgets shifting in 2019.

In addition, eCommerce small businesses shared other valuable information regarding the difficulty of channel management and the use of marketing agencies.

Survey respondents had a variety of annual sales income, ranging from under $500,000 to over $40 million, with 48% of respondents earning less than $500,000. A majority of companies surveyed had ten employees or less.

Survey respondents clearly acknowledged that social media was the driving force behind conversions in 2018: 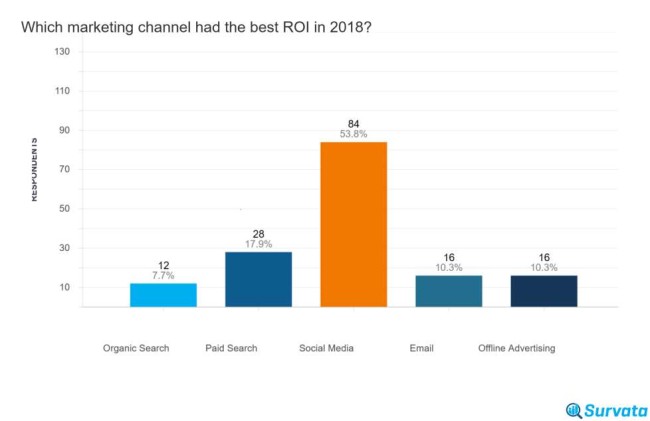 The investments that companies make into social media marketing reflects the finding that it has the greatest ROI. Our survey found more companies spent a majority of their marketing dollars on social media versus other marketing channels: 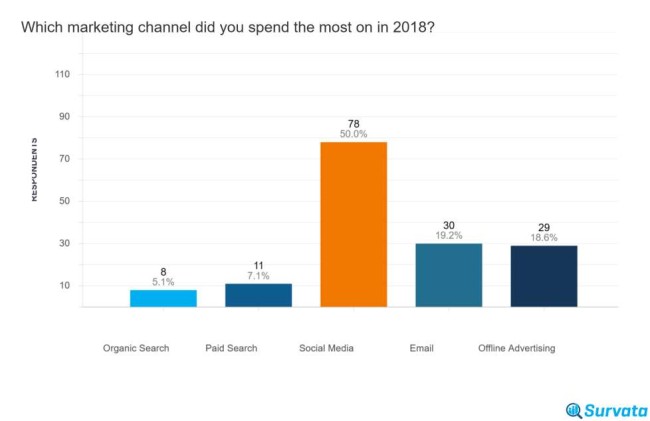 The trend of social media being the primary marketing expense is slated to continue into 2019, as found by our survey: 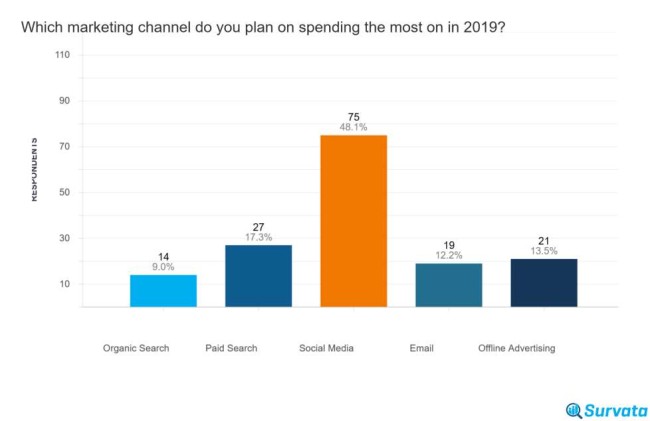 Managing social media requires consistent engagement with the platform in order to be effective. Unlike other advertising avenues which can be “one and done,” social media strategies rely on daily communication with prospective customers. This dynamism may explain our finding that many respondents see working with social media to be a challenge: 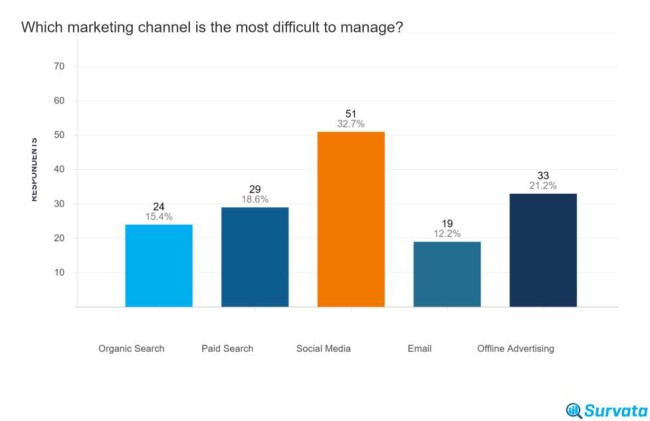 Social listening, scheduling posts, launching ads, and other tasks that are integral in social media management require consistent engagement with the platform in order to be effective.

Interestingly, our question about the easiest channel to work with produced similar findings: 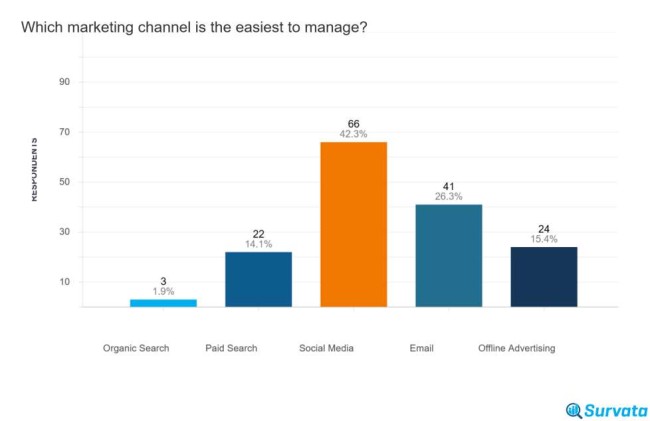 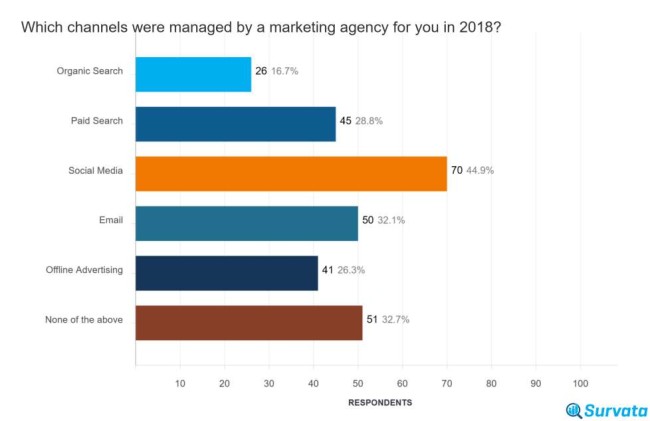 We then asked our respondents about their plans to use a marketing agency in 2019, and found that an increased number of respondents were looking to partner with an agency: 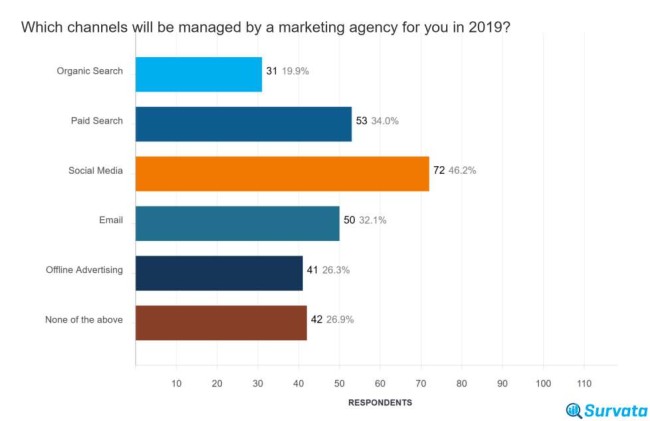 In this study, we see that eCommerce businesses report social media marketing as their highest ROI, and this is reflected in the investments they make. According to Ignite Visibility, the high ROI of social media is primarily due to its very low cost.

The trend of social media marketing being the primary marketing investment for small businesses is slated to continue into the future, as spending on offline advertising stalls out.

While many eCommerce businesses find social media accessible, a comparable amount of companies find it as the most difficult advertising channel to manage. This may explain why the use of marketing agencies is on the rise, particularly for social media channels.

The importance of investing in social media marketing cannot be overlooked. eCommerce businesses will continue to see a higher ROI than other marketing channels into the foreseeable future. We can conclude from this study that partnering with a leading social media agency is one of the best investments that a small business can make.