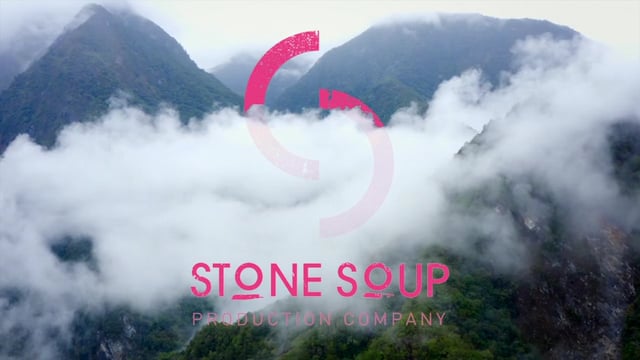 Stone Soup is a video production company headquartered in Taiwan. According to the website, the company’s ethos is: “Inspired by storytelling as both an art and communication form.”

This bit from the company’s mission statement clearly shines through in their highlight reel video that showcases the work they have done all over the world for a variety of clients.

Clocking at 04:25, the video is a unique synopsis of Stone Soup’s production portfolio, which contains footage of mountain biking, race cars in action, individual performers and other facets of life.

Despite the extensive variety of themes, the video maintains cohesiveness by adopting the concept of a music video that lends to the storytelling aspect.

As a production agency that specializes in short feature films and documentaries, most of the footage in Stone Soup’s portfolio is action-based. At the center of each video is a human protagonist or protagonists facing everyday challenges – archetypal imagery that helps Stone Soup’s clients connect with their audience on a personal level.

Looking for the best product videos?
Get inspired!

For the creative storytelling to make sense, there must be a seamless interplay between the soundtrack and the video footage.

The challenge of making a showcase video is that it may easily end up being all over the place, without any sequence or order.

Once the music comes into play, the video director can align the video sequences with the emotion and message of the sound.

To this end, Stone Soup directed and produced an entire music video to an original score. The band performing actually appears in the video, in between different portfolio outtakes.

The predominantly electronic tune contains atmospheric passages and a soaring guitar solo. Although generally upbeat, it has haunting verses and poignant lyrics to add a dramatic quality to the video.

The opening frames are tranquil, both in picture and in sound. As the song intensifies, so does the footage depicting determined athletes, creative chefs and busy baristas going about their daily routine, along with seafaring adventurers navigating restless waters.

Much like the actual video, the sound production quality is through the roof, even as the music occasionally mixes with outdoor sounds for an interesting effect.

Stone Soup employs the services of talented filmmakers, producers and other masters of video production craft, such as lighting and sound specialists.

Having the entire crew of experts at its disposal puts the company in the driving seat when it comes to levels of production and post-production.

This is evident in the Stone Soup video design for their portfolio. A wide array of cameras and other equipment was put to good use when shooting the content, demonstrating the agency’s professionalism and attention to detail.

Unrivaled HD picture quality, imposing lighting and vibrant colors are all present, captured by the camera in the production phases. The post-production work is equally admirable, adding to video’s atmospheric worth via contrast changes, use of different filters, closeups and slow-mos.

The team's commitment to their work is evident in the subject matter of every sequence. Not all production companies would go above and beyond and take aerial footage of mountain ranges or expose themselves to the dangers of harsh waves and on-track recordings of race cars.

But this dynamism of content speaks to the company’s innate penchant for diversity. Camera angles are just as varied as the settings of the action taking place. Emotions range from solemn to exuberant.

The two vital aspects of Stone Soup video design are storytelling and post-production. The former empowers the company’s clients to communicate their brand stories to engage target audiences. The latter is a tool that enhances the message and shifts the focus to the relevant aspects of the video.

The company itself places a huge emphasis on the role of storytelling in their work:

“Like the fable itself, we are a talented group, both resourceful and motivated, brought together by the hunger and desire to collaborate and create. […] We strive to push the creative boundaries whenever possible and promise to bring this unique hunger and creative energy to every production.”

These words resonate in Stone Soup’s showcase reel. The originality of the music video idea to bolster their work’s narrative is executed perfectly and delivered masterfully.

Looking for the best video production companies in California?
Find them all here!